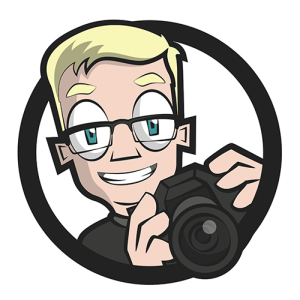 Nikon have announced the D780 to replace the ageing D750. This article will compare the two based on their specs.

Nikon have very recently announced the Full Frame Nikon D780, a direct replacement to the five year old Nikon D750. As is always the case with new hardware announcements, the internet has erupted with people both praising and denouncing the new camera (without ever having laid eyes on it, let alone taken a picture with it).

Let us take a look at the new camera’s specifications and how it compares to the D750 it replaces. I promise I won’t make any outlandish statements about image quality – but will offer a balanced look at what the new specs might mean for potential buyers.

The sensor in the D780 is a BSI (Back Side Illuminated) CMOS sensor with 24 Megapixels. From the megapixels alone it sounds similar to the D750 – but this is not the case. There have been quite a number of years of development between the two sensors. I would hazard a guess that the D780 will have a very similar sensor to the mirrorless recently released Z6.

I am surprised that Nikon decided to go with an AA filter in the D780. Recent releases have seen this removed for the increased resolution that can be gained. There is no word on if the strength of the filter has been adjusted at all and until people get their hands on the D780 it is impossible to speculate on any resolution improvements.

There has been a lot of criticism over the choice of a 24 megapixel sensor, with many crying out for more. The reality is that 24 megapixels is plenty for many uses. Printed work is getting rarer and 24 megapixels will print at very large sizes without issue anyway. For those who need ultra resolution there are other cameras to suit their needs (D850, Z7). If when Nikon releases a D850 replacement, this camera will serve as it’s lower megapixel alternative.

Any words about real world image quality will have to wait until users get their hands on the new camera (Nikon official samples don’t count). It is likely that there will be small improvements to dynamic range and a modest decrease in noise at high and very high ISOs. I would expect the image quality to be very similar to the Nikon Z6 mirrorless camera. Time will tell.

One area where the Nikon D750 could be lacking (depending on what you are shooting) was the autofocus capability. It was by no means bad, just not as good as the flagship cameras. Let see how they compare:

Just looking at the spec sheet the two cameras look very similar in autofocus capability. Nikon have stated that the algorithm used in the D780 is updated and is derived from the D5. The improved exposure metering sensor (outlined below) should also help improve focus tracking. Ultimately we will have to wait until the camera is available to test before any real judgement on the D780’s autofocus capabilities are made.

Nikon cameras have always been great at getting the exposure right (in recent history anyway). There have been some improvements in the D780 though:

There are three major differences here. First is the doubling of the number of pixels in the Exposure metering sensor. This should help the camera make better exposure choices.

Secondly are the shutter speed improvements: 1/8000 maximum shutter speed which is a decent improvement for those shooting with wide aperture lenses in daylight (I have certainly hit the 1/4000 limit on my D750 on a number of occasions). A 900 second exposure is also now possible in bulb mode which is much longer than the 30 seconds available on the Nikon D750. This will allow for nice long shutter speeds without the need for a remote control.

More and more people are using their DSLR cameras for video work. Nikon have made a fairly substantial improvement in this area for the new body:

4K shooting is now possible, as is a higher frame-per-second mode when shooting in 1080p. The bit depth of the video output is also much better on the D780 at 10-bits instead of 8. These two changes, along with the much better live view autofocus system will make the D780 much more attractive for video shooters.

There have also been some tweaks to the button layout and LCD screen on the new camera:

The addition of a dedicated AF-ON button will please a lot of people (including myself) who like to use back button focusing. This was possible on the D750 but had to be set up as a custom function of the AE-L button.

They have also moved the ISO selector button to the top of the camera body, similar to the ‘professional’ class cameras. This makes it much easier to change ISO without moving your eye away from the viewfinder and is a welcome change.

The focus stacking feature from the D850 will be of interest to macro and landscape photographers who like to combine images to maximise their depth of field.

Battery life is greatly improved on the D780 on paper, however these battery tests require cameras with built in flashes to cycle their flash during the test. As the D780 has no flash, this accounts for at least some of the improvement here. Real world results will tell a much more accurate story here.

The omission of electrical contacts required for a vertical grip is a surprising omission on the new camera. A vertical grip is very popular amongst portrait, event and wildlife photographers as it makes vertical shooting much easier on the arms. I think that the criticism over this omission is quite justified. Even if a grip is somehow produced, it won’t be able to have the desired shutter button and dials.

The pricing of the D780 is in line with previous releases. It does put potential buyers in an interesting position however, as a new D850 in can be purchased for a similar price (In Australia at least). The seemingly small improvements that the D780 offers over the D750 will also have many people looking to pick up the older model at bargain prices.

The D750 was a real success story for Nikon. It was a somewhat affordable full frame camera with a moderate megapixel count that was enough for most people and fantastic image quality. The D780 keeps the same megapixel count and improves upon the other specifications where it counts.

The 24 Megapixel resolution that Nikon chose is the sweet spot between resolution and manageable files. People who need more have the option of moving up to the D850 (or it’s replacement if one ever comes). At the time of release the D850 can be bought for less than a D780 which will be sure to cause some confusion.

Will I be upgrading from my D750? Probably not. My D750 takes fantastic photos and will continue to do so. As my primary use for the D750 is landscape photography and I like to print big, my next upgrade will probably be a higher resolution camera. I have no need for better autofocus or video in the new camera.

Continue with FacebookContinue with Google
PrevPreviousTopaz AI Software – Does an eGPU make a difference?
NextGeotagging: Add GPS Data to Your PhotosNext
On Key

Adding GPS data to your photos (geotagging) is a useful way to help remember where you took a photo. This guide will teach you how to geotag your photos.

Struggling to the the perfect Lightroom workflow? I share my 6 step process that will help you come up with your own.

Topaz Labs have recently introduced a new AI powered Noise Reduction software. We test how it performs against other highly regarded software

Topaz AI Software – Does an eGPU make a difference?

An external GPU (eGPU) can boost the graphics power of your laptop. We investigate how much faster the Topaz AI photo processing products can be.

Phase One has just released Capture One Pro version 20. We investigate what is new, what is improved and discuss if you should upgrade.

Get notified about new articles